Indore, the seat of Holkars is set on the banks of river Saraswati and Khan in the heart of picturesque Malwa plateau. It was planned and built by Rani Ahilya Bai and named after the 18th century Indreshwar temple. Formerly a major textile trading center, the city has emerged as a throbbing mini-metropolis with a cosmopolitan culture.

Important Jain pilgrim center with temples dating back to the early 15th century.

It was the glorious capital of Paramara kings, of whom Raja Bhoj is the best known. The city came under the Muslim influence with the rule of Delhi Sultanate and exhibits a fine blend of Hindu, Afghan and Mughal architectural styles.

An ancient pilgrim site on the banks of river Narmada finds mention in epics Ramayana and Mahabharta. Its glory was revived by Rani Ahilya Bai, who built and renovated several shrines here. The main attractions are Rajgaddi and Rajwada. the ghats and the temples of Kaleshwara, Rajarajeshwara, Vithaleshwara, and Ahileshwar. Rani Ahilya Bai also introduced the famous Maheshwari sarees well known for its unique weave, patterns, and colors.

This holy island shaped like the sacred Hindu symbol OM is set amidst sceninc surroundings on the confluence of the rivers Narmada and Kaveri. Shri Omkar Mandhata temple of Lord Shiva is the main attraction here. It enshrines one of the tweive Jyotirlingas. Other sites worth visiting are – Siddhnath Temple. 24 Avatars (a group of Hindu and Jain temples), Satmatrika Temple and Kajal Rani Cave.

Ujjain, one of the oldest and holiest of the Indian cities lies on the banks of river Shipra This ancient center of learning is sanctificd with the memories of Sandipani, Kalidasa. Asoka and Vikramaditya. It is also the venue of mammoth Kumbh Mela, held once in twelve years.

Hello! Great to meet you! I’m Khushi Anand, a university student who’s always looking out for new places to explore and stories to tell. With my colorful creativity, I want to take you guys on the adventure of a lifetime. www.khushianand.com

South India, The Universe Of Temples 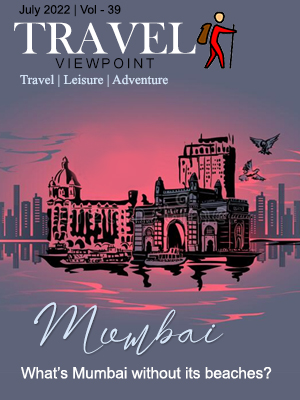